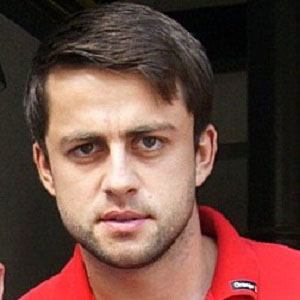 Polish-born goaltender who joined Arsenal in the English Premier League in 2007. He became a member of the Polish national team in 2006.

He spent his youth career on six different teams over six seasons, and made his professional debut with Legia Warszawa in 2005.

He helped Arsenal defeat rival Tottenham in the FA Cup competition, and was voted Best Goalkeeper of Polish Ekstraklasa in both 2006 and 2007.

He was born in Kostrzyn nad Odrą, Poland.

Lukas Podolski was another Polish star who signed with Arsenal.

Lukasz Fabianski Is A Member Of