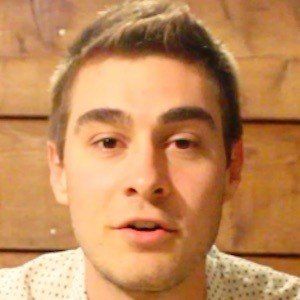 Otherwise known as GoldJacketLuke, he is a YouTube vlogger and life coach best known for releasing inspirational and advice videos to his following of more than 40,000 subscribers. He is a member of the life coach collaborative Imaginary Men.

In April 2013, he opened his YouTube channel and followed in June with the video "Intro - What issues do you have in your life?"

One of his most popular videos is "How To Lucid Dream" posted in May of 2014.

He is a popular American YouTuber.

In May 2014, he posted a video with Fred Ligaard titled "The Real FreddyFairHair and GoldJacketLuke."

Luke Eilers Is A Member Of