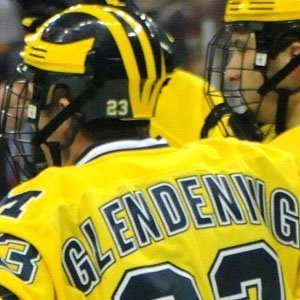 Center known for his defensive prowess and offensive playmaking and for being particularly effective on the penalty kill. He made his NHL debut with the Detroit Red Wings in 2013.

In his sophomore season with the Michigan Wolverines, he helped the team win the CCHA Tournament Championship.

His first NHL goal came against Canadiens goalie Carey Price on April 5, 2014, the same day he signed a three-year contract extension with the Wings.

Luke Glendening Is A Member Of