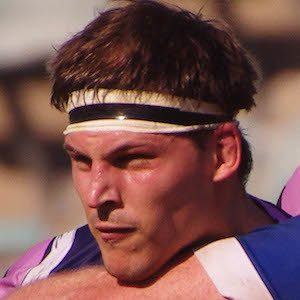 Lock and flanker who joined the Melbourne Rebels in 2011 after spending a year with the Force.

He represented the Australian Schoolboys and was named captain of the team in 2009.

He and Drew Mitchell both played for the Western Force.

Luke Jones Is A Member Of