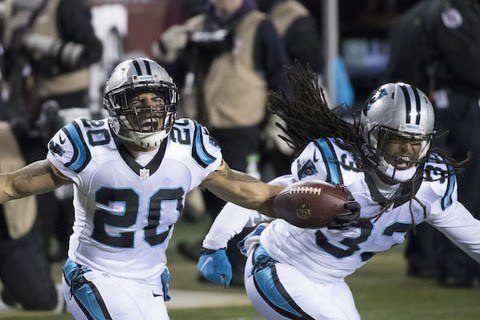 Made their first Super Bowl appearance in Super Bowl XXXVIII in 2004, then returned in 2016.

The team made the playoffs in its second season, 1996-97, and won its first playoff game 26-17 against the Dallas Cowboys before falling to the Green Bay Packers in the NFC Championship game.