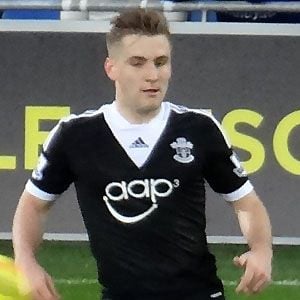 Defender who joined Southampton's first team in 2012 after spending close to 10 years in their youth system.

He made his first team debut in an FA Cup fourth-round match against Millwall in 2012.

In early 2013, he agreed to a long-term contract with Southampton. However, he signed with Manchester United in 2014.

He was born to Joanna and Paul Shaw. He began a relationship with Anouska Santos in May 2017. In December 2021, the couple announced they are expecting their second child together.

He was dubbed the new Gareth Bale, coming up through the same youth system as the Welsh star.

Luke Shaw Is A Member Of