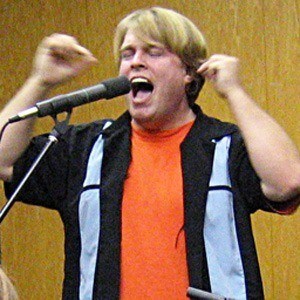 Stand-up comedian who writes and performs parody songs on a wide range of subjects from pop culture from Lord of the Rings to Batman to the Big Bang Theory.

He enjoyed watching and satirizing science fiction, only to do so more seriously later in life.

He had the number-one most requested song on Dr. Demento's radio show in 2002, 2003, and 2011 with his songs "Peter Parker" featuring Sudden Death, "Stealing Like a Hobbit", and "Snoopy the Dogg" respectively.

His mother named him Luke Collis Sienkowski. He has a sister named Erika.

He creates parodies that are similar to songs by Weird Al Yankovic.

Luke Ski Is A Member Of