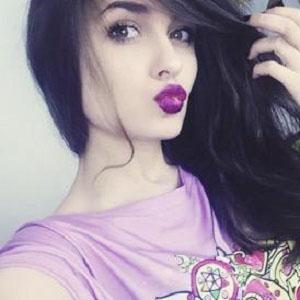 German vlogger best known for her beauty and style videos posted to her kitthey YouTube channel. The channel has earned more than 500,000 subscribers since it's creation in October 2012.

She dabbled in numerous channels on YouTube with numerous purposes beginning in 2005. She finally settled with her kitthey channel.

One of her most popular videos "Was Jungs an Mädchen mögen, erster Kuss, erstes Mal • mit Taddl, Ardy und FloVloggt" was posted in February 2015.

She is from Cologne, Germany.

She has posted photos with fellow German YouTuber Dagi Bee on her Instagram.

Luna Darko Is A Member Of