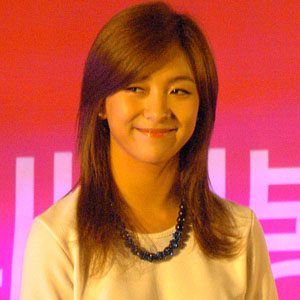 Best known for fronting an all-female K-Pop group called F(x), this pop vocalist and dancer was the recipient of a 2010 SBS Entertainment Award and a 2011 MBC Idol Star Award. She frequently appeared on a South Korean variety program called Star King.

She signed with the South Korean S.M. Entertainment agency when she was just thirteen years old.

An actress as well as a singer and dancer, she studied drama at Chung-Ang University.

Born Park Sun-Young, she grew up in Seoul, South Korea, with a twin sister and a brother.

She performs alongside Victoria Song in f(x).

Luna Is A Member Of