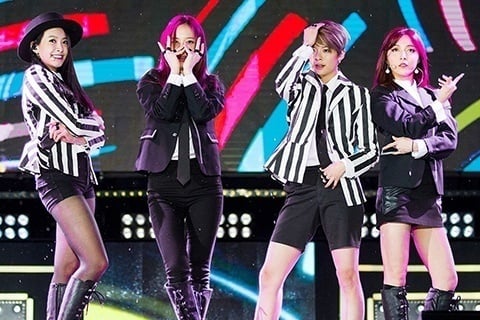 Group that was formed by S.M. Entertainment in 2009. They were the first K-pop group to perform at SXSW in 2013 due to their experimental and eclectic sound.

Their first headlining tour was Dimension 4 - Docking Station in 2016. Their second album Pink Tape was the lone K-pop album featured on Fuse's '41 Best Albums of 2013.'