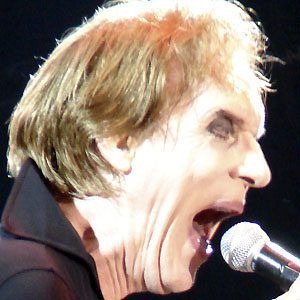 Singer and founding member of the horror punk rock band The Cramps whose live performances were full of bizarre antics.

He chose his name after an old car commercial that he saw.

He voiced the characters of a bird rock group called Bird Brains on the children's show SpongeBob SquarePants.

He was born Erick Lee Purkisher in Akron, Ohio. One of his bandmates in The Cramps was his wife, Poison Ivy.

He was briefly bandmates with Sean Yseult in 2006.

Lux Interior Is A Member Of