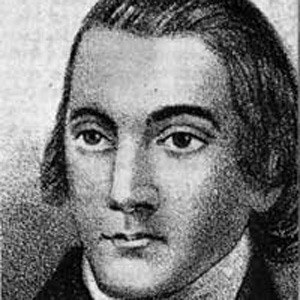 Signer of the Declaration of Independence and the 16th Governor of Georgia who worked to secure medical provisions for the Revolutionary Armies. His work in his state led to the chartering of the University of Georgia in 1785.

He studied medicine at Yale College and bought a plantation in Georgie, while practicing medicine in South Carolina.

During the Revolutionary War he was pursued and almost captured by Loyalists, who did succeed in burning his house down.

After his first wife died a year into their marriage, he marred again, to .

In the play 1776, about the American Revolution, he was portrayed as an unexpected support of John Adams' bid for independence.

Lyman Hall Is A Member Of