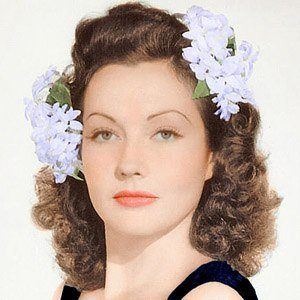 Raised in Roanoke and Lynchburg, Virginia and Boston, Massachusetts, she eventually moved to Los Angeles, California. She appeared in her first film, Meet the Baron, in 1933.

She had three brief and unhappy marriages. After divorcing Walter Kane in 1943, she married impresario Sidney Luft (future husband of actress Judy Garland), with whom she had a son named John. Her third marriage was to Nathan Rickles.

She co-starred with Gene Tierney in the 1942 movie China Girl.

Lynn Bari Is A Member Of