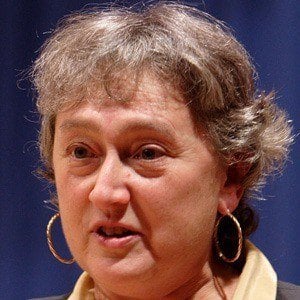 Biologist who discovered the origins of eukaryotic organelles and showed that animals, plants, and fungi all originated from Protists. Her first husband was legendary astronomer Carl Sagan.

She attended the University of Chicago and UC Berkeley.

She was selected to be a apart of the Leonardo DaVinci Society of Thinking in 2010.

She had four children with Carl Sagan whom she married in 1957, before later marrying Dr. Thomas N. Margulis.

She married Carl Sagan when she was 19 years old.

Lynn Margulis Is A Member Of