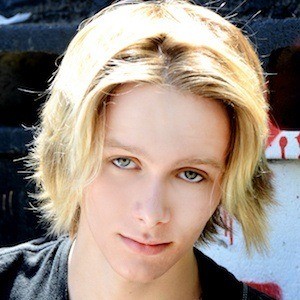 Award-winning singer and songwriter known for having released four albums before the age of eighteen. He earned the title of the 2014 Most Promising Youth at the Barrie Arts Awards and took the 2015 title for Best Young Songwriter at the Toronto Independent Music Awards for his songs "Black Ice" and "Bridge to Nowhere."

He first picked up a guitar at the age of nine and by twelve he had written the music for his debut album Broken Dreams. He spent much of his childhood performing in acting, theater, dance, and even modeling.

His single "Linger" from his album Combat of Love debuted at #7 on the National Airplay top 50 ROCK Charts in the Fall of 2015. In 2016, he signed a multi-album deal with Mascot Label Group and began touring as an opening act for the GoGo's Farewell Tour with Kaya Stewart.

He was born and raised in Barrie, Ontario.

He has opened and shared the stage with numerous stars like Rik Emmett and David Usher.

Lyric Dubee Is A Member Of