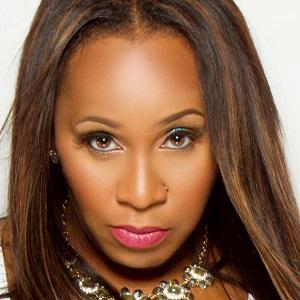 Businesswoman best known as the CEO and sole owner of Lyrical Eyes Management. She is also the owner of the Chicago/Atlanta-based record label Three Twenty Three Music Group. She is author, musician, and motivational speaker.

Her music management career began when her daughter asked her to manage her career. Lyrical Eyes Management became a corporation in 2012.

Her clients have been interviewed by MTV, BET, Vogue, Billboard, and Pitchfork and included on concert bills with major music artists.

She was born Beleshia McCulley in Evanston, Illinois. Her daughter is hip-hop artist Ashlee Bankz.

Some of her clientele has included Lil Durk, Xavier Williams, Newara, Candace Price, and Tink, among others.

Lyrical Is A Member Of