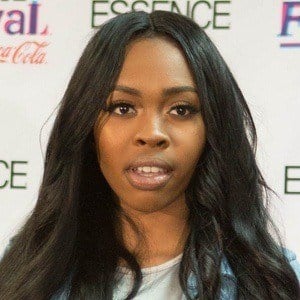 Well-known for her Spaceman-produced song "Used 2 Know," she is a rap artist who featured Jeremih Felton on her single "Don't Tell Nobody."

She started rapping for an audience during high school, releasing a mixtape called Winter's Diary in March of 2012.

She opened up for the group Sleigh Bells at South by Southwest music festival.

She was born Trinity Laure'Ale Home in Calumet City, Illinois.

She was invited by Timbaland to record with him in studio.

Tink Is A Member Of