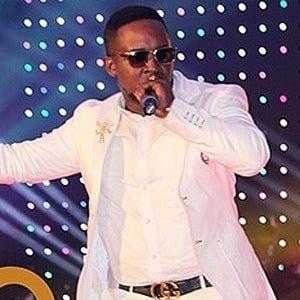 Nigerian rapper who rose to fame when his song "Crowd Mentality" became an unexpected hit in 2006. In 2015, he became the CEO of Chocolate City, one of Africa's most successful hip-hop labels.

His first instrument was a 7-key mini piano. He grew up idolizing artists like Lauryn Hill and DMX.

He is the winner of numerous Hip-Hop World Awards, including Best Rap Album and Best Rap Single.

His real name is Jude Abaga. He is the brother of fellow rapper Jesse Jagz.

M.I Abaga Is A Member Of