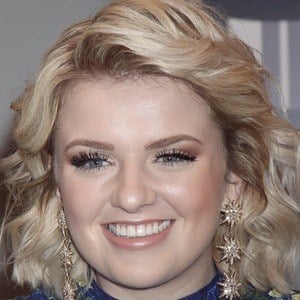 Contestant on ABC's reboot of American Idol. She was among six contestants during her season to be voted into the Top Ten by viewers, and went on to win the season finale.

She got to sing with childhood idol Colbie Caillat during one of her Idol duets.

She's been a fan of American Idol since she was a child; her father pushed her to audition when the show came back. She began dating American Idol runner-up Caleb Lee Hutchinson in 2018.

Michelle Sussett, Marcio Donaldson and Cade Foehner also made it into the Top Ten with her.

Maddie Poppe Is A Member Of