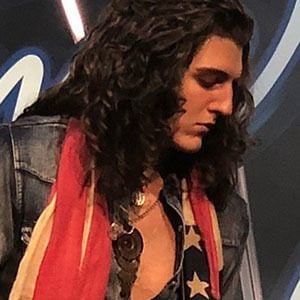 Rock music performer who rose to fame after competing on both The Voice and American Idol. This exposure led to him garnering more than 310,000 Instagram followers.

He competed in the Dallas Int. Guitar Festival.

He was a member of a jam band called Johnson's Lost Crowes.

He is the son of Kelly Menefee Foehner. He and fellow American Idol contestant Gabby Barrett got married in October 2019. Gabby gave birth to their first daughter, Baylah, in January 2021.

He performed Jimi Hendrix's "All Along The Watchtower" on American Idol.

Cade Foehner Is A Member Of