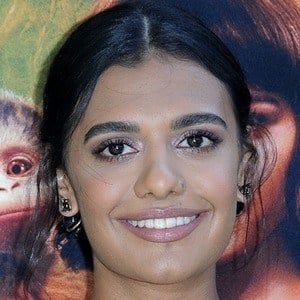 Australian actress who is widely known for her role as Zoe Preston on the teen TV drama Ready for This. In 2016, she starred as Tommorrow, When the War Began as Corrie.

She earned her first on-screen credit in 2009 when she worked on the short film Ralph.

She appeared in two 2014 episodes of the TV series The Code as Sheyna Smith. She delivered a speech to Australia in 2010 about Indigenous Australians' rights.

Her grandfather is Aboriginal activist Charles Perkins. Her mother is Hettie Perkins.

She starred in the 2013 drama film Around the Block alongside Christina Ricci.

Tidelands
The Wheel of Time
Picnic at Hanging Rock