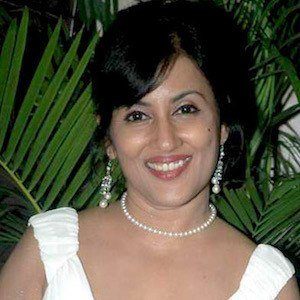 Playback singer who has become known for contributing her voice to Hindi, Kannada, Tamil, and Telugu films. She also released the debut album Lagi Lagan in 2008.

She has sung for a number of popular Indian films including Yuva, Aayitha Ezhuthu, Ham Hain Ispal Yahan, and Kuch Naa Kaho.

She was born Sujata Bhattacharya to Amarendranath and Parbati Bhattacharya. Her husband's name is Robby Badal.

She lent her voice to three singles on AR Rahman's 2003 film Tehzeeb.

Madhushree Is A Member Of