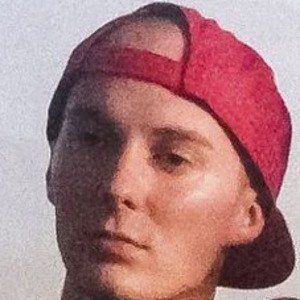 Norwegian rapper who achieved viral fame with YouTube videos of tracks like "Scarface of Facebook," "I Don't F*ck Around" and "Wannabe." The success of these videos lead to collaborations with famed producers like Drumma Boy and a contract with Sony Music.

He grew up in Honefoss, Norway. His first album, The Dark Light, was released in 2011.

His grandmother famously can be heard yelling in the background of his videos.

His videos have been shared on social media by artists like Fat Joe and Chris Brown.

Mads Veslelia Is A Member Of