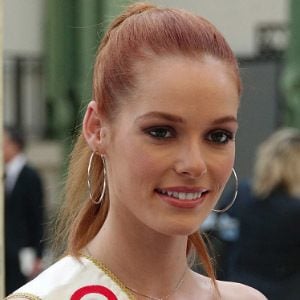 French model and beauty pageant contestant who is known for having won the Miss France 2018 competition as well as for finishing in the Top 12 of the Miss World Top Model 2018 pageant. She is also a social media influencer and shares modeling photos through her Instagram for her over 410,000 followers.

Her career in beauty pageants started in 2013 when she was crowned Miss Boulogne. She then went on to win the Miss Foire Expo in 2014 and eventually the Miss Nord-Pas-de-Calais in 2017 which allowed her to go on to compete in and win the 2018 Miss France pageant.

She is also known for having received her two-year degree in International Business in 2015.

She was born in Fougeres, Ille-et-Vilaine but was raised in Ferques in Pas-de-Calais. She has a twin sister named Alizee and an older sister named Victoria.

She shared a photo with fellow model and Miss France title holder Iris Mittenaere at an event for Benefit France to her Instagram in January of 2019.

Maeva Coucke Is A Member Of