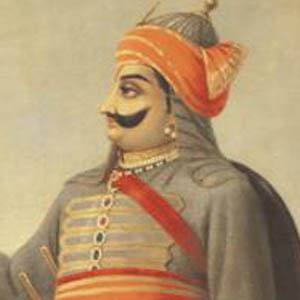 Former ruler of the Indian region of Mewar, today known as Rajasthan. He is remembered for his bravery against Akbar, the Mughal emperor.

He was coronated as king of Mewar following the reign of his father, Maharana Udai Singh.

His bravery during the battle of Haldighati was immortalized in the Indian folk song “O Neele Ghode raa Aswaar”.

He ruled over the area of India now known as Rajasthan, which was governed by Pratibha Patil from 2004 to 2007.

Maharana Pratap Is A Member Of