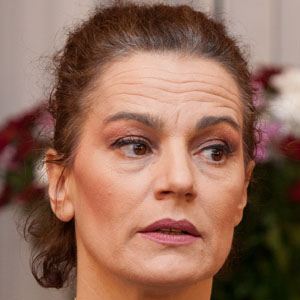 Romanian actress who became known for her role as Mary, Mother of Jesus in the film The Passion of the Christ.

She graduated from the Film and Theatre Academy of Bucharest in 1985.

She was married twice and her children are Tudor Aaron, Eva Leea Cabiria, and Ana Isadora Istodor.

She co-starred in the Mel Gibson-directed film The Passion of the Christ.

Maia Morgenstern Is A Member Of