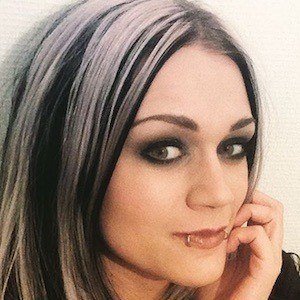 Danish rock singer who is best known as a member of the band Forever Still. Her band is known for songs like "Miss Madness" and "Awake the Fire."

She posted a photo of a pair of gloves that her mother bought her for Christmas to her Instagram account in December 2015.

She has been a Danish singer-songwriter, much like Tina Dico.

Maja Shining Is A Member Of