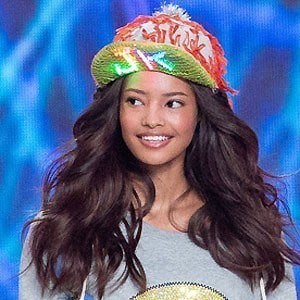 Kenyan-born British model who rose to fame after being the first black model in twenty years to be booked in a Prada campaign. She had her runway debut at New York Fashion Week 2012.

She attended an open call with Premier Model Management when she was a teenager and was booked immediately.

Her family moved from Kenya to London when she was seven years old. Her grandmother stayed in Kenya and ran a restaurant.

She was the first black model to book a Prada campaign since Naomi Campbell in 1994.

Malaika Firth Is A Member Of