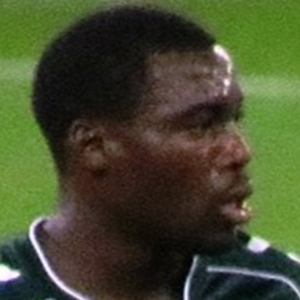 Forward who joined Tianjin Teda in 2016 and went off on loan to Konyaspor in 2017. He has over 900,000 followers on his malickevouna Instagram account.

He first played for Mounana in his professional career from 2012 to 2013.

He has a son and daughter.

He and Pierre-Emerick Aubameyang are both soccer players who have played for the Gabon national team.

Malick Evouna Is A Member Of