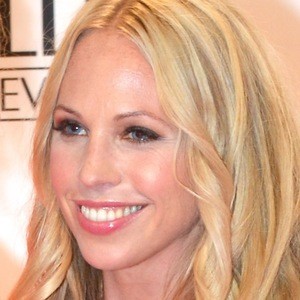 Television personality who has become famous for her time as a host and panelist on such Swedish shows as Schulman Show, Fråga Olle and Paradise Hotel. She is also an occasional actress who has appeared in films like Family Secrets (2001).

She was nominated for the Kristallen Award for Best Female TV Host three straight years from 2014 to 2016.

She has hosted the reality show Paradise Hotel, on which Sofie Nilsen was a contestant.

Malin Gramer Is A Member Of