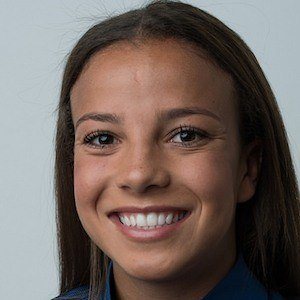 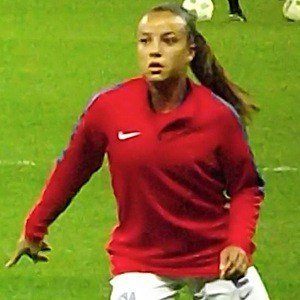 Soccer player who became the youngest woman to play for the U.S. in an Olympic qualifier when she appeared in a match in February of 2016. A month earlier, she made her national team debut, scoring a goal against Ireland. She was a member of the 2019 World Cup-winning U.S. national team.

She played a prominent role on both the U17 and U20 US National Teams, winning the Golden Boot in the 2015 CONCACAF World Championship.

She signed with UCLA to play college soccer as part of the class of 2020.

She was born to Horace and Karen Pugh. Her older sister Bri played soccer at the University of Oregon. She and baseball player Dansby Swanson got married in December 2022.

She scored her first U.S. National Team goal on a pass from Christen Press.

Mallory Pugh Is A Member Of