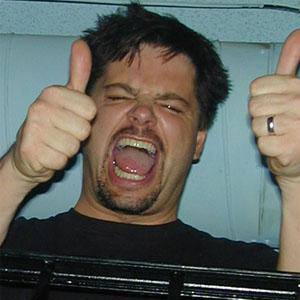 Shock jock who ran his popular radio program, Mancow's Morning Madhouse, on Chicago's Q101 station for most of the 1990s.

He started out playing commercials during Larry King's syndicated show on a small AM radio station in Missouri.

At its height, his radio show was top among listeners aged 18 to 34, which he gained by courting controversy.

He had twin daughters with wife Sandy Ferrando.

He began a feud with Limp Bizkit frontman Fred Durst, suggesting his listeners attend Bizkit's concert to mock the singer.

Mancow Is A Member Of