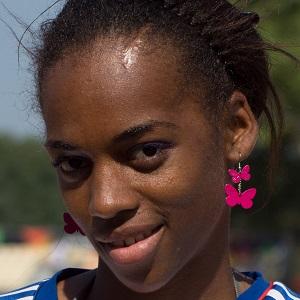 Paralympic sprinter who has risen to the pinnacle of the sport since winning the gold medal in the 100 meter race at the 2012 Paralympic Games. The next year, she won gold in both the 100 meter and 200 meter event at the IPC World Championships.

Her mother's name is Myriam.

She and Evan O'Hanlon are both famous Paralympic sprinters.

Mandy Francois-elie Is A Member Of