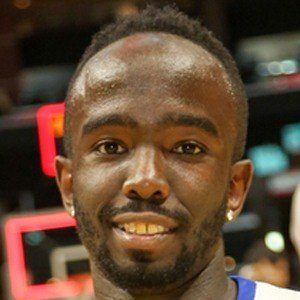 Diminutive streetballer who has gained renown for his 4'5" stature coupled with his 75 inch vertical leap. He has gained popularity for his play in the Venice Basketball League.

He joined the Dwarf Athletic Association of America's New York Towers basketball team in 2010. He was asked within the year to join the VBL's Beach Warriors team for their summer season.

His highlight reel was posted by the streetball hub BallIsLife.com in August 2013, and eventually went viral.

His mother, who also has dwarfism, largely raised him on her own. His father was in and out of prison while he was growing up.

He competed against Jamie Foxx in the VBL in March 2013.

Mani Love Is A Member Of