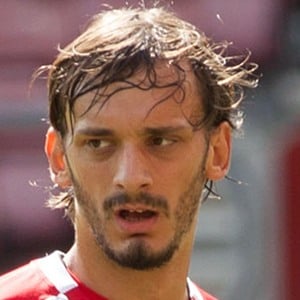 Striker who is famous for his international club career, including for the English Premier League's Southampton FC beginning in 2017. He helped lead the club to an EFL Cup runner-up finish in 2016-2017.

He began his youth soccer career in 2003. He first joined Atalanta, with whom he made his senior debut in Italy's Serie A in 2010.

He was named the Premier League PFA Fans' Player of the Month in February 2017 after joining Southampton. He made his Italian senior team debut in 2012.

He has one sister named Melania. He married his wife Martina in 2017.

He has played alongside Steven Davis on the attack for Southampton.

Manolo Gabbiadini Is A Member Of