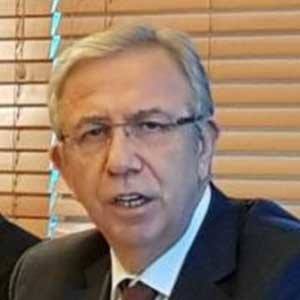 Turkish politician who assumed the office of mayor of the country's capital city Ankara in April 2019. He won representing the Republican People's Party (CHP), and became Ankara's first CHP mayor in 25 years.

He earned his law degree from Istanbul University in 1983. He then served as a military professor during his mandatory military service.

He served as mayor of the Ankara municipality Beypazarı while a member of the National Movement Party between 1999-2009. He worked as a private attorney following his military service.

He and his wife Nursen share two daughters named Armağan and Çağlayan.

He ordered a statue of Mustafa Kemal Ataturk cleaned in one of his first actions as Ankara's mayor in April 2019.

Mansur Yavas Is A Member Of