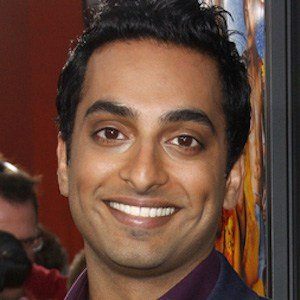 Actor known for playing Rajneesh in The Love Guru. He's also appeared in episodes of The Sopranos, Nurse Jackie, and Grey's Anatomy.

He attended Carnegie Mellon University and made his TV debut in 2001.

He married actress Laura Chen in 2015.

He's an accomplished saxophonist and singer, having performed for George W. Bush and Queen Elizabeth II.

Manu Narayan Is A Member Of