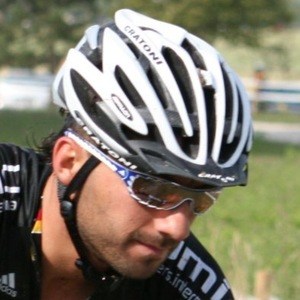 German cross-country mountain biker who is known for competing in World Championships as well as several Summer Olympic Games. He is also known for having earned sponsorship from Cannondale Factory Racing.

His breakthrough as a cross-country mountain biker occurred in 2004 when he competed in his first Summer Olympics, finishing in 8th place. He then competed in his next Olympic Games in 2008 and again in 2012 with Germany's national team.

He is known for having won the Gold Medal at the 2004 World Championships in Led Gets in the Under-23 Cross-Country category.

He is the younger brother of fellow professional mountain biker Lado Fumic.

Henrique Avancini is a fellow professional mountain biker also known for having earned representation from the Cannondale racing team.

Manuel Fumic Is A Member Of