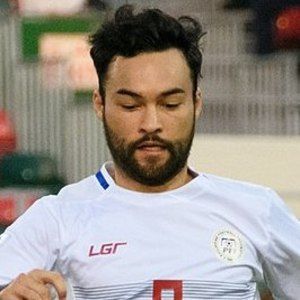 Filipino central midfielder best known as a member of FC Ingolstadt 04 II and Ceres FC. He began representing the Philippines internationally at the Under-19 level in 2009.

He was born in Munich and played youth soccer for clubs like FSV Ilmmunster and TSV 1860 Munchen.

He led the Philippines to its first-ever win over Indonesia during the 2014 AFF Championship.

He has younger brothers named Mike and Marco.

He and Jason Sabio have both played for the Filipino national team.

Manuel Ott Is A Member Of