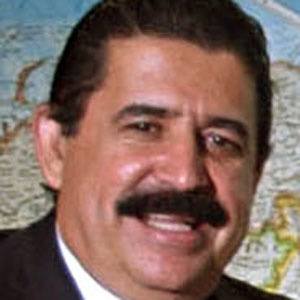 Leader of the Liberal Party who served as the President of Honduras from 2006 to 2009. He was ousted from office when he attempted to rewrite the constitution in an unconstitutional way.

He studied at the University of Honduras, but did not finish his degree.

He was forced to leave to Costa Rica after a Honduran coup d'etat in 2009.

He got married to Xiomara Castro de Zelaya in 1976; the couple has four children: Zoe, Hector, Xiomara, and Jose.

He replaced Ricardo Maduro as President of Honduras in 2006.

Manuel Zelaya Is A Member Of