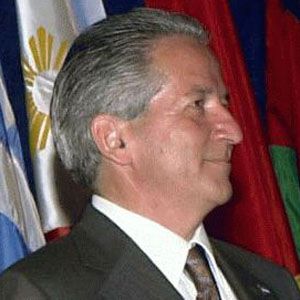 Leader of the National Party of Honduras who held office as the President of Honduras from 2002 to 2006.

He received the university's highest honor while attending The Lawrenceville School and also attended Stanford University.

He is also the former chairman of the Bank of Honduras.

He has been married to Aguas Santas Ocana Navarro.

He was succeeded by Manuel Zelaya as President of Honduras.

Ricardo Maduro Is A Member Of