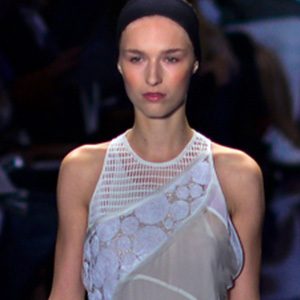 Fashion model who rose to international fame after winning Elite Model Look Switzerland and then third place in the world final for Elite Model Look in Shanghai at the age of 15. She went on to become a highly sought after runway and print model.

At the age of 21 she became the host of Switzerland's Next Top Model.

After competing in the World Final for EML, she moved to New York immediately and refused to let her mother accompany her.

Manuela Frey Is A Member Of