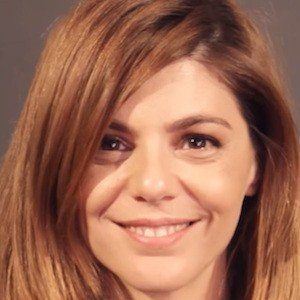 Initially famous for her Goya Award-winning performance in the 2007 Spanish horror movie REC, she went on to appear in the film's 2009 and 2014 sequels. Also a television actress, she played series regular or recurring roles on Aguila Roja, Velvet, Aida, and several other popular shows.

During her childhood years, she appeared in the 1987 Antonio Banderas film Law of Desire, as well as in several episodes of the Spanish television series Los Desastres de la Guerra.

Born and raised in Madrid, Spain, she is the daughter of Maria Jose Diez and cinematographer Manuel Velasco and the niece of screen actress Concha Velasco. She began dating actor Rafa Castejón.

She and fellow Spanish actress Belen Rueda are both known for their roles in horror movies.

Manuela Velasco Is A Member Of