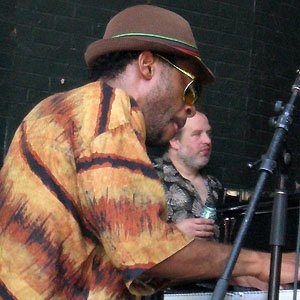 Post-bop jazz artist whose rhythmic stylings were first noticed by audiences after he began working with jazz artist Abbey Lincoln.

He was given the 2000 Best New Jazz Artist Award by Billboard and BET.

He was heavily influenced by Randy Weston and McCoy Tyner.

His family raised him in Washington, D.C., where he was exposed to the go-go music scene.

He collaborated with many notable musicians, including the great Dizzy Gillespie.

Marc Cary Is A Member Of