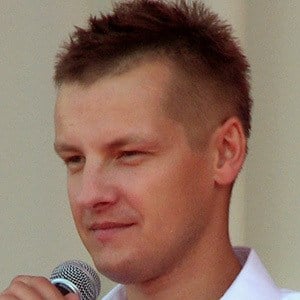 Television and film actor who rose to fame for his portrayal of Piotr Zduński on the TVP2 series M jak miłość. He also starred in the 2003 feature film Stara baśń. Kiedy Słońce Było Bogiem.

He studied engineering at the Politechnika Warszawska.

As a trained dancer he represented Poland at the 2nd Eurovision Dance Competition.

He was married to model Marlena Muranowicz.

Both he and Teresa Lipowska were cast on M jak miłość.

Marcin Mroczek Is A Member Of