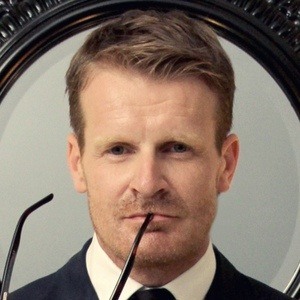 Entrepreneur and founder of the NAKED group of companies. Among his many achievements, he's created the world's first asset-backed crypto currency, been a best-selling author and starred in his own television show Get A House For Free on Britain's Channel 4.

He grew up working class and was raised by a single mother after she left his father due to his father's gambling addiction.

He's opened restaurants, beauty bars, worked in real estate and even created a cosmetics line. Because of his mother's nomadic lifestyle, he barely received a formal education and has never held any academic qualifications. He is entirely self-made.

He has a son named Saul who is a Super One racer.

John Dodson is his close friend and personal trainer. The two have been pictured together on Robinson's Instagram.

Marco Robinson Is A Member Of