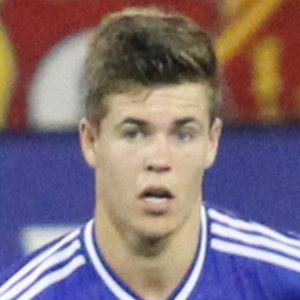 Midfielder who is famous for his international club career, including for English Premier League squad Chelsea. He signed with them in 2013, and has since played on loan for PSV, with whom he was named captain prior to their 2017-2018 campaign.

He began his career in youth academy soccer in 1999. He first joined Vitesse, with whom he would make his professional debut in 2010.

While under contract with Chelsea FC, he has also played on loan for Stoke City and AC Milan of Italy's Serie A. He made his Dutch senior national team debut in 2012.

His father's name is Alex.

He replaced Luuk de Jong as PSV's captain prior to their 2017-2018 campaign in the prominent Dutch Eredivisie.

Marco van Ginkel Is A Member Of