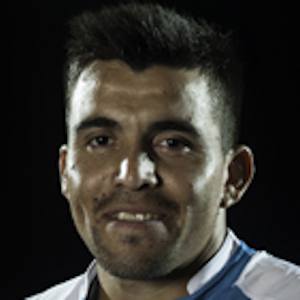 Left winger who has won mulitple league titles as a member of Racing Club and Sporting CP. He represented Argentina at the 2018 FIFA World Cup.

He began training at his hometown club in Don Bosco, Argentina as a child.

He won the Superclásico de las Américas with Argentina in 2017.

His mother's name is Sara.

He has been teammates with Emiliano Viviano on Sporting CP.

marcos acuna Is A Member Of