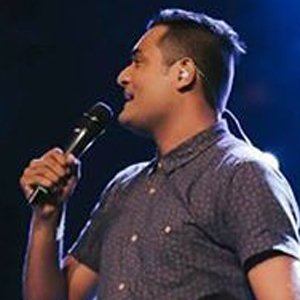 Singer-songwriter and ministry leader recognized for his hit albums Uniendo Cielo y Tierra, Diálogo Intimo, and Diálogo Íntimo 2. Some of his most popular singles include "Sitting On the Throne" and "Desirable."

At seventeen, he began training in both music and ministry, taking after his parents. He later began working at the Rey de Reyes Church in Buenos Aires.

Outside his musical career, he worked as a teacher at CanZion Institute and as an instructor at the Center for Training in Prophetic Adoration. He was later ordained as a pastor in 2006.

His parents, Dario Siqueira Brunet and Fani da Costa Brunet, were evangelical pastors. He and his wife, Fernanda Nielsen, have two children, Samuel and Zoe.

Marcos Brunet Is A Member Of