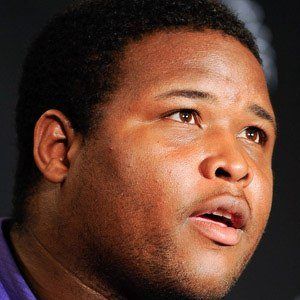 NFL offensive tackle who was drafted by the New England Patriots in the fifth round of the 2011 NFL Draft.

He overcame non-Hodgkin lymphoma in 2011 and was honored with the Ed Block Courage Award for his battle.

He grew up in Texas with his older brother, DJ.

He became teammates with Tom Brady upon signing with the Patriots in 2011.

Marcus Cannon Is A Member Of